This post has taken a while to write.  It’s weird.  Thinking that I’m not going to talk to him anymore.

Many readers are aware, but I’m sure not all, that my father, Richard B Wagner JD CFP® (his friends called him Dick.  I called him Dad or Pops)  passed away at the end of March.  It’s been a tumultuous ride and been my greatest fear for a long time.  It’s taken till now bfor me to be able to find my words and share my thoughts and feelings with you.

Dad was a thought leader of the financial planning profession.  For a lot of folks his influence starts with his article “To think… Like a CFP®” and, apparently, ending with us finally getting his book published last summer after he took most of a decade refining his message to the profession and public. My dad and I were very close.  I feel lucky to have a father that I both love dearly and have had as a strong influence throughout life.  I appreciate this blessing and know that too many people aren’t as lucky.

We did a lot of work together.  I talked to him pretty much every day.  Often for work but also just because we liked to know what was going on with each other.  I started learning wisdom from him by staying up till the wee hours of the morning talking philosophy, spirituality and money, starting when I was about ten.  It’s continued from there.  I’ve had a chance to learn from many of his friends.  What I learned from them encouraged me to direct my career into the financial planning profession.  Part of my decision was because of what pops taught me but a huge contributor was his friends and colleagues who showed me how potent the money forces are, how deeply they affect our lives and how much work there was to do.  Those conversations have been pivotal in my process of deciding how I want to make this world a better place.

I like where that exploration has taken me and even more excited about helping him get the word out about his new book, Financial Planning 3.0.  We were excited about this new stage of his work and what he was hoping to create next.  We had a lot of ideas in the works.  People to collaborate with and ideas to share.

The sadness and the blessings

It brings tears to my eyes.  Both in sadness and in inspiration.  He’d completed some of his biggest milestones, and we were both eager for the ones to come.  We’ve planned to make a podcast called “What is Finology?” where we had him talk with various leading financial planners about what this Financial Planning 3.0 stuff looked like.  I’d still like the podcast to happen, its just that his contributions are more limited and that most of the work is my job now.

“So, what are you going to do about that?” ~ Richard B Wagner JD CFP®

I’m SO glad he’s had a chance to ensure that he can share his wisdom with me, you and the rest of the world.  We have video and audio recordings.  We have his book and other articles to vocalize many of his opinions and thought leadership.

It’s extremely weird, but also comforting, as I read his writing.  I not only hear his voice in my head, which is awesome, but I’ll hear the multiple ways that he thought about editing the sentence.  He and I are both heavy editors and I learned how to do it through helping him find the right words to share with you in his articles.

I feel its important to share that though it’s sad to lose him, he was able to see his mother, brother and sister weeks before.  He had just visited exotic Belize with my mom and had an incredible time.  Most people are not so fortunate and though I miss my dad, I’m making sure to count my blessings.  Though I wish he was still here and that we had decades more, he had a life well lived.  He was a great Boy Scout (Eagle Scout at 13 and a half and Order of the Arrow). He left this world a better place than he found it.

It’s inspiring to see how people interpret, adapt and refine what it means to be a “3.0 financial planner.”  There’s a lot to it; more still to be found than known. It’s hard to wrap my mind around that he identified an entire “ology” with Finology.  Not unheard of, but it doesn’t happen often.  We’ve been exchanging value for thousands of years but it is such the water in which we swim in that it took his genius to “see the apple fall” and to notice that this is an entire field.  It is an area of study, distinct and separate from psychology and economics. A Newtonian level of understanding that somehow sees what is so intrinsic.  It’s an honor to have a hand in it and I’ll treasure our conversations about Finology forever.

I had the honor of attending FPA Retreat this year.  It was intense and awe striking.  The number of people who have been profoundly affected by him is humbling.  To see how he changed the lives of these people just makes me love him all the more.  From personal to professional, he had an indelible impact on so many people.  I could not imagine a more beautiful way to see people express their gratitude. I love the name of his firm, WorthLiving, LLC.  Best company name ever.  What is worth living?  What is worth preserving?  Worth doing? What is enough?  What is really worth it?  What is worth?  I’ve mused and dissected the firm name so many different ways over the years. It’s changed since he’s passed, since he’s no longer “in the land of the living” but that just makes it seem all the more important.

When I hear his question, “So, what are you going to do about it, ” I feel a calling and a charge.  I know that I’ve learned *far* too much about this Financial Planning 3.0 and Finology stuff to sit idly.  I feel the need to be a steward for his work.  Both making sure people understand his messages while, especially Finology, are at a stage of infancy.  I want to help planners know what Richard B Wagner JD CFP® would think about their work and how the planning community is evolving.

So, there’s more to come.  I’ll use my digital marketing skills to share this message.  Let me know what you think or if you have ways you want to contribute.  I’m looking forward to taking the financial planning profession to the next level.

How do I get my RIA firm on Google’s first page?

Resources for you to use 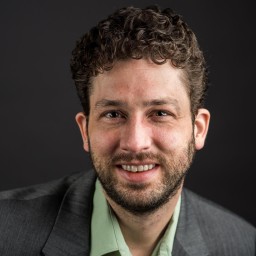 Jake is trained as a Certified Digital Marketing Professional.

He is called to connect true financial planning professionals with their clients and prospects through effective digital marketing.